Meaning of Avalanche “a mass of snow, ice, and rocks falling rapidly down a mountainside”. We can recreate similar effect by dropping one grain at one time on a flat surface. Slowly we would observe that initially it would start taking up some height and then one random grain will disrupt the structure and move the grain down to increase the width of bottom. This same practice will keep repeating itself. Now the disruption which might appears to be negative to some people is actually a positive things to build up the width of the bottom. This would make the structure strong for future growth. Hence a regular avalanche is good for the structure. In case the structure has not seen any avalanche for a long time, it might mean that actually structure is not safe and next avalanche would appear to be more disruptive.

How Avalanche theory helpful in our Life

In the same way, whenever we are building something which could be an organization, project, relationship etc. there would be some events which would appears to be disruptive. But these are actually laying the foundation for future growth.

Consider any example of layoff in organization which create panic in the mind of employees:

From employees perspective also, it can be an positive event if managed properly 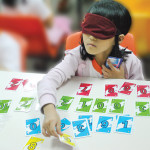 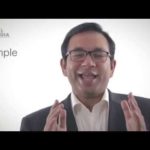