This is said to be a real story that happened between a customer of General Motors & its customer-care executive. Please read on…

A complaint was received by the Pontiac Division of General Motors:

“This is the second time I have written to you, and I don’t blame you for not answering me, because I sounded crazy, but it is a fact that we have a tradition in our family of having Ice-cream for dessert after dinner each night, but the kind of ice-cream varies so, every night, after we have eaten, the whole family votes on which kind of ice-cream we should have and I drive down to the store to get it. It is also a fact that I recently purchased a new Pontiac and since then my trips to the store have created a problem…

The Pontiac President was understandably skeptical about the complaint but sent an engineer to check it out anyway.

The latter was surprised to be greeted by a successful, obviously well educated man in a fine neighbourhood. He had arranged to meet the man just after dinner time, so the two hopped into the car and drove to the ice-cream store. It was vanilla that night and sure enough, after they came back to the car, it would not start.

Now the engineer, being a logical man, refused to believe that this man’s car was allergic to vanilla ice-cream. He arranged, therefore, to continue his visits for as long as it took to solve the problem. And toward this end he began to take notes. He jotted down all sorts of data – time of day, type of gas uses, time to drive back and forth etc.

In a short time, he had a clue… the man took less time to buy vanilla than any other flavour. Why? The answer was in the layout of the store. Vanilla, being the most popular flavour, was in a separate case kept at the front of the store for quick pickup. All the other flavours were kept in the back of the store at a different counter where it took considerably longer to check out the flavour.

Now, the question for the engineer was why the car would not start when it took less time. Eureka – Time was now the problem – not the vanilla ice-cream!!! The engineer quickly came up with the answer: “Vapour Lock”.

It was happening every night; but the extra time taken to get the other flavours allowed the engine to cool down sufficiently to start. When the man got vanilla, the engine was still too hot for the vapour lock to dissipate.

Moral of the story for Car Dealers: Never underestimate your client’s complaints, no matter how funny those may sound or seem to be. 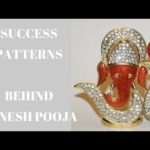