​Neil Armstrong, he is the 1st person to set his foot in moon.
But, do you know who was supposed to be the 1st person?  Many don’t know…
His name is Edwin C Aldarin…

He was the pilot for the Apollo mission. He was working for the American Airforce. Moreover he had experience of space walking, hence selected as the pilot.
Neil Armstrong worked for the American Navy. He was selected for his courage as co-pilot.
When the Apollo mission landed on moon, they received a command from NASA, “pilot first”.
But Aldarin was hesitant, “what will happen”, “will I get sucked in or will I burn out”, etc. The hesitation was not for hours, but few seconds.
In the meantime, NASA sent the next command, “co-pilot next”.
Within next second, Neil Armstrong put his foot on the moon & became part of world history.
World history was changed in 1 second… Though Aldarin had the qualification and talent, because of hesitation, he is not recognised by many people.
The world remembers only person who comes first…

This is a good example of how people lose out because of hesitation & fear. Whenever you see the moon, remember this, a moments hesitation can stop us from our greatest victory.
We all have great potential in us, the only thing that stops us from achieving what we are supposed to achieve is our hesitation, fear and shyness.
Many people are shy to ask, shy to appreciate others, & some are shy to share this message. If we fail to do the right things, we will most likely do the wrong things.
Avoid hesitation. 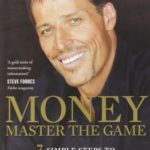 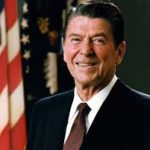