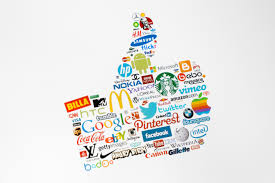 Every brand has a story: Here are how these 30 famous brands were christened:

1. Nike: Name for the Greek Goddess of Victory. The swoosh signifies her flight.

3. Pepsi: From the digestive enzyme ‘pepsin’. Although pepsin is not an ingredient in the drink.

7. Canon: Adapted from Kwanon (Japanese name of Buddhist Bodhisattva of Mercy). It was changed to Canon for easier acceptance worldwide.

8. Lego: Derived from Danish words ‘Leg Godt’, which means to ‘play well’. Lego also means ‘put together’ in Latin, which they claim is actually a coincidence.

10. Amazon: CEO Jeff Bazos wanted a name starting with ‘A’. He chose Amazon because it is the biggest river in the world, just what he wanted his company to be.

11. Skype: Originally the idea was ‘Sky peer to peer’, which later became Skyper and finally Skype.

12. Adobe: Named after a creek that ran behind the co-founder, John Warnock’s house, called Adobe Creek.

13. Nokia: Started as wood-pulp mill, it expanded its business to producing rubber products in a city in Finland called Nokia.

16. Volkswagen: Means ‘People’s car’ in German. There was a time when only very expensive cars used to ply on German roads. Volkswagen was a revolution.

17. ebay: Originally called Echo Bay. The domain echobay.com was already taken. So it was shortened to ebay.

18. IBM: Founder TJ Watson Sr wanted to be a step ahead of his former employers ‘National Cash Register’, so he decided to call his company ‘International Business Machines’.

20. Reebok: Derived from the Afrikaans spelling of an African Antelope, ‘Rhebok’.

21. Starbucks: Named after a character in Moby Dick, Starbuck. Originally the name ‘Peqoud’ was suggested, the name of the ship from the novel. When it got rejected, they settled for ‘Starbuck’, the chief mate of that very ship.

22. Virgin: Because the business was new and the team members were virgins at business. This was suggested by a girl in Richard Branson’s team.

24. Fanta: The head of the German Coca-Cola team asked them to use their ‘Fantasie’ to come up with the name. That did not take long though.

28. Microsoft: A combination of the words Microcomputer and Software.

29. Cisco: Not actually an acronym. They just removed San Fran from San Francisco.

30. Budweiser: Beer has been brewed in Budweis, Bohemia, since 1245. Budweiser means ‘of Budweis’ and was developed as a ‘Bohemian-style’ beer. Founder Adolphus Busch was inspired to create the beverage after a trip to the region.

Every brand has a story. And the name has of course been significant in these brands’ success. Their name is now their fame! 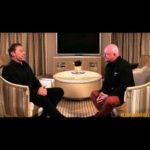