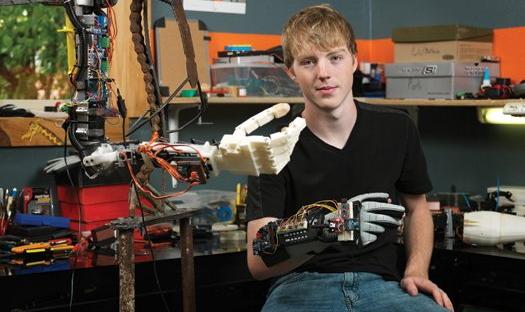 Easton LaChappelle has been taking apart things since he was a child and is now changing industries. At 14, he made his first robotic hand out of LEGOs, fishing wire and electrical tubing. With his gradual improvement, the hand turned into an arm and advanced to a 3D-printed brain-powered invention that he could operate with his mind. After an encounter with a 7-year-old girl at a science fair whose prosthetic arm cost $80,000 (and would need to be replaced when she outgrew it), LaChappelle was inspired to turn his prototype into a practical and affordable device. Not only were his designs amazing, but his young age in addition to his self-taught knowledge of robotics started to make an impact. President Obama shook hands with one of his arms and has traveled the world spreading the message that you can learn outside of the education system including a TED talk. He’s worked at NASA on the Robonaut project developing a new telerobotic interface.

At 17, Easton founded his own company, Unlimited Tomorrow, which is developing a new concept of an exoskeleton to help paraplegics walk again. The company is also creating open source robotic arms that can be used from prosthetics to a robotics learning platform.

Unlimited Tomorrow’s philosophy is to keep the user first and to give extreme technology at an affordable price. With the robotic arm and hand being open source it gives it a platform to naturally fall in the hands of people who need it.

This 22-Year-Old robotics engineer has started his own company which builds 3D-printed prosthetic limbs that cost way less than those available in the market. And by less, we mean that one prosthetic costs only one-twentieth the cost! 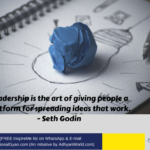