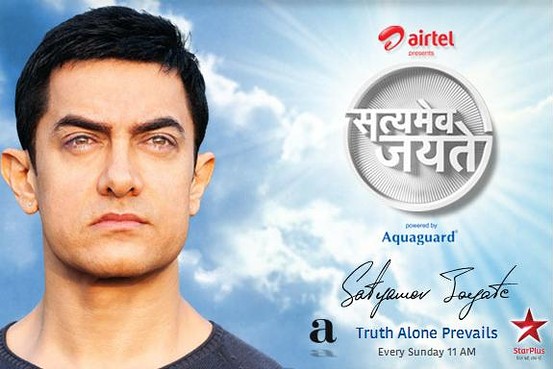 Satyamev Jayate (English: Truth Alone Prevails) is an Indian television talk show aired on various channels within Star Network along with Doordarshan’s DD National. The first season of the show premiered on 6 May 2012 and marked the television debut of popular Bollywood actor and filmmaker Aamir Khan. The second season of the show was aired from 2 March 2014 [3] and the third season started from 5 October 2014 (every Sunday of October at 11 AM)

The show focuses on sensitive social issues prevalent in India such as female foeticide, child sexual abuse, rape, honour killings, domestic violence, untouchability, alcoholism, and the criminalization of politics. It aims to bring the great achievements of people which often go unnoticed in order to encourage the audience to achieve their goals no matter what comes in between. It also aims to empower citizens with information about their country, and urge them to take action. While the primary language of the show is Hindi, it is simulcast in eight languages such as Bengali, Malayalam, Marathi, Tamil and Telugu, and subtitled in English, to ensure maximum reach.

The first season of Satyamev Jayate saw responses from viewers in 165 countries, including Djibouti, Seychelles, Sierra Leone, Isle of Man and Papua New Guinea. A sum of Rs 22.3 crore was received as donations by the NGOs featured on this season. The second season was watched by 600 million Indians. The causes raised in the second season were supported by over 3 crore people and the season generated more than one billion impressions online.

This program has shown many great social innovations. One such was by Vellore C. Srinivasan founder of Indian Green Service where animals are involved in recycle of waste product in very effective manner. 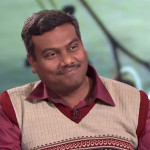 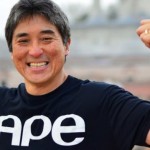