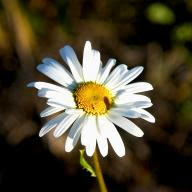 In view of the upcoming ERT workshop by Vikas Jain, I was thinking about ‘Emotions’. What are  they?
The dictionary meaning says, these are strong feelings deriving from one’s circumstances, mood or relationships with others and it further clarifies that it is distinguished from reasoning or logic.
While I kind of agree that emotions are strongly related to feelings, I may not always agree that it is devoid of any reasoning or knowledge. On the contrary, I feel, it is knowledge that gives rise to emotions. The knowledge that something has happened or is going to happen that is not in accordance to my wish or my taste or is too abiding with my fancies. (Not the one that we are just tiny insignificant dots in the huge canvas of the universe.)

What can we say about the emotion of patriotism ? The types exhibited by Bhagat Singh in contrast with the type exhibited by the political Nehrus, Gandhis, Patels, Azads, etc. Patriotism is an emotion. Every act, every thought, every breath by these great people was guided by the emotion of patriotism. And while our political leaders are easily acknowledged as patriots, the world over, the kinds of Bhagat Singh, Chandrashekhar Azad, Khudiram Bose were branded as… No, I cannot use that word for these patriots. They send a chill up my spine till date. And the chill is related to the emotion of patriotism. But my focus is on the fact that both the kinds had similar circumstances and relations. Moods were distinctly different. While one team had faith in solid extremist action, the other team’s mood was more towards talks. So is mood the first step towards expression of emotions?

To think further – both the teams were guided by reasoning, logic and knowledge. They had almost full knowledge of the situation, the intention, the underlying thought, the plight of the fellow countrymen, the personal risks involved and they had all the reasons and logic to jump into the movement.
Had it not been for these patriotic emotions in those great men I would not have been writing this post and you would not have been reading this 🙂
So, despite having same the foundation for emotions, different people react in different ways. Apparently the first level of the manifested difference is mood? And what forms the basis of this mood besides the external stimuli?

Watch out this space for more on emotions. 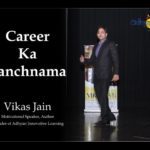 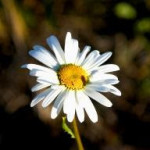