T. T. Rangarajan or Rajan or “Mahatria” is a New Age Guru from India.

His style of speech is very captivating. I got a chance to listen to him during National Achieves Conference in Delhi 2014. He spell bound the 2000+ people attending the seminar for more than one hour.

He is considered a spiritual leader & Living Master by his students and is the founder of Alma Mater – an organisation dedicated to self-mastery and holistic personality development. Alma Mater is one of the leading organisations in India that is currently spearheading the spiritual renaissance raging across the world. It is a non-political, non-religious organization that does not promote any particular ideology but with a mission to work towards the betterment of the individual, the society and the world. It currently conducts transformational courses in the cities of Chennai, Pune, Bangalore and Hyderabad in India.

Rajan conducts Higher Deeper Beyond (HDB) – an annual spiritual retreat conducted exclusively for select students of Alma Mater. During the retreat, thousands of students have undergone deep spiritual transformations and emerged as better citizens of the world.

Rajan is the Editor of Infinithoughts (formerly Frozen Thoughts) – a growth oriented magazine published monthly by Alma Mater wherein his teachings & messages are disseminated to countless readers across the world. The magazine also has articles from other like minded individuals affiliated to Alma Mater.

RAJAN, who is affectionately referred to as the ‘Voice of Love’, is a spiritualist, endowed with a deep connectivity to existence. He guides people in their quest for self – realisation. He has bought meditation to the common man, and in his presence, thousands have experienced the depths of silence. He, for one, believes that the messenger should be the message. 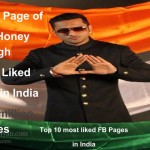 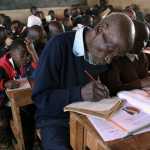